What is MDX Technology, and How Does it Improve Quality Control? 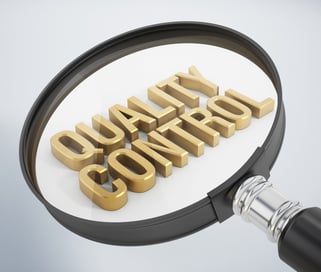 Since the early 1990s, manufacturers of packaged food all around the world have relied on x-ray inspection technology to detect the presence of potentially harmful foreign bodies in their food products and packaging.

With the use of x-ray technology, food manufacturers have been able to improve their ability to protect the public from contaminated products and reduce the risk of product recalls. However, while highly useful for detecting dense contaminants in food packages that had a consistent density, standard x-ray technology has not been perfect.

In the past, x-ray machines have not had the ability to detect certain materials, such as:

This was especially true of x-ray machines being used on products with complex density levels.

The introduction of Material Discrimination X-ray (MDX) technology changed this. What is MDX technology, and how does it improve x-ray inspection?

A Brief Explanation of MDX Technology 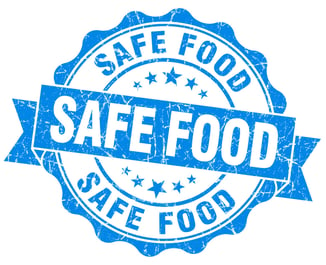 If you’ve read some of our other blogs, you’re probably already familiar with the basic operating principle behind x-ray inspection technology: Use a low-yield x-ray emitting device to take a snapshot of a product, creating a grayscale image similar to what you might expect to see when a doctor takes an x-ray image of your bones at the clinic.

MDX technology is a variant of the basic x-ray scanning technology that was originally developed for the security sector. There, MDX technology is used to detect contraband items, weapons, explosives, and stowaways in cargo containers that a metal detector would not be able to find.

Similar to standard x-ray systems, an MDX inspection device uses a generator to project a beam of x-rays onto a detector and passing a product through the beam. What separates an MDX unit from the typical x-ray scanner is the fact that it uses two separate energy spectrums to discriminate between high and low channel x-rays, and a dual-layer detector to go along with this.

Elements with different atomic numbers absorb x-rays at different rates. By using two different sets of x-rays, an MDX unit can measure the ratio of both sets of x-ray energies that pass through an object. This allows the MDX unit to differentiate between organic and inorganic materials based on chemical composition (atomic number) instead of just detecting density variations.

How This Impacts X-Ray Detection

Because of its ability to detect the atomic number of elements in the scanner, the MDX can “see” contaminants that would be invisible to a traditional x-ray inspection machine. Being able to detect previously undetectable contaminants greatly enhances the utility of x-ray inspection systems, making them even more ideal for quality control tasks.

MDX tech is incredibly useful for checking products that have incredibly varied density levels with random patterns, such as the contents of a cereal package, bagged nuts, salads, or other products that would create a “busy” x-ray image on the traditional technology.

Another advantage of MDX technology is that it improves the ability of x-ray machines to detect foreign contaminants through a wider variety of packaging types, such as cardboard sandwich packaging or corrugated card encasements that would foil traditional inspection devices.

There is one major trade-off between standard x-ray technology and MDX technology, however. Standard x-ray systems with a single energy detector do tend to be better-suited for detecting very small pieces of high-density material than MDX detectors.

Ultimately, MDX technology can be indispensable for the quality control process of packaged food manufacturers who make bulk packaged goods with complicated or irregular product densities as well as those who frequently have to deal with low-density contaminants that traditional inspection devices have a hard time with.

You can download a white paper on MDX technology by clicking below!